Choosing the Best Dog Food for an Overweight Boxer 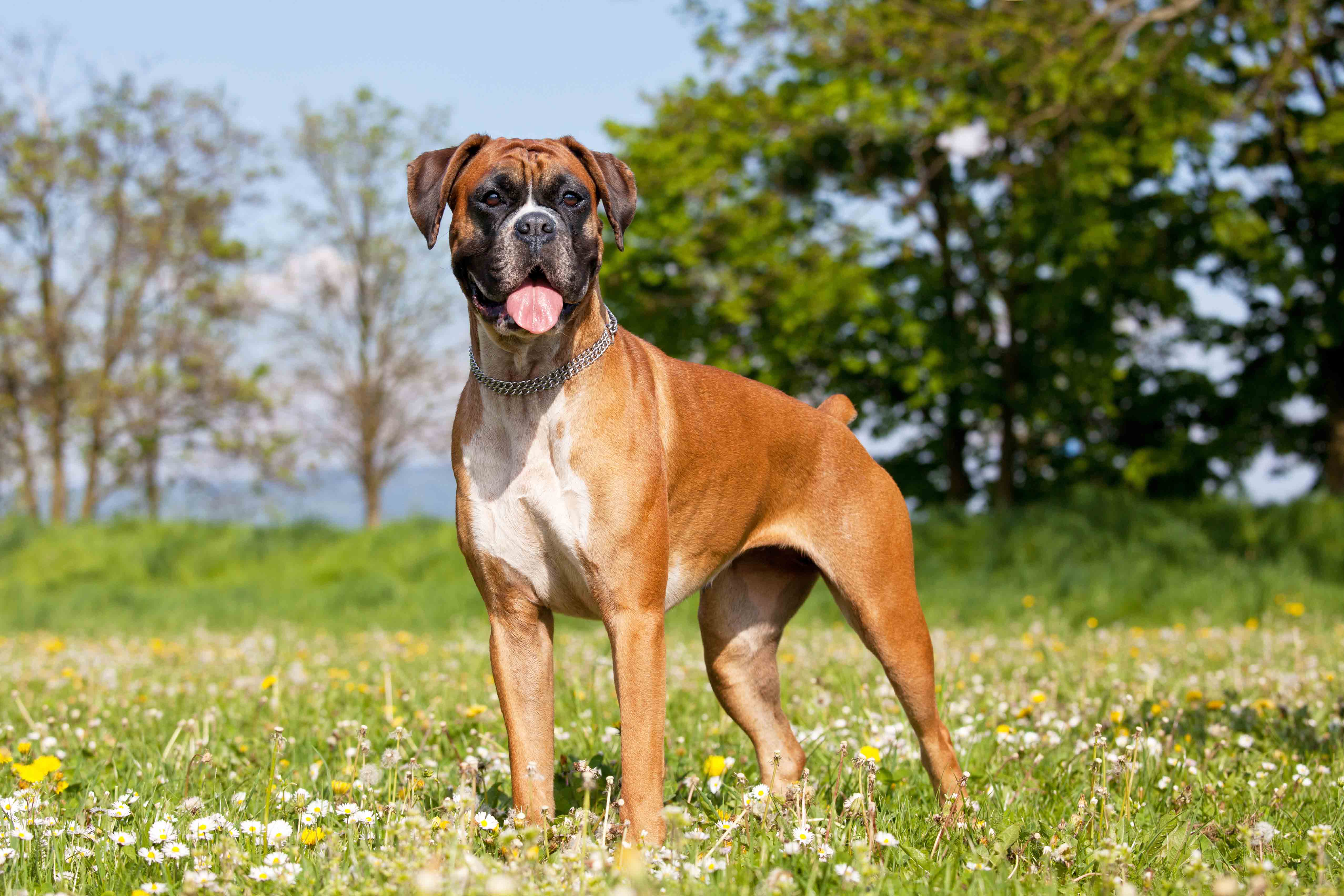 To best understand the dietary needs of the Boxer today, it would be of great use to understand how the breed has evolved over time, and how important it is to determine the appropriate amount of food needed for an overweight dog of this breed today as well. The Boxer was bred to be a very athletic breed, but a lifestyle today that is not as highly active could provide cause for it to become overweight.

The History of Boxers and Obesity

The Boxer originated primarily in Germany, where the climate is generally moderate without any extended periods of hot or cold temperatures. The Boxer breed as it's known today first appeared around the late 1800s or early 1900s, and was most likely developed by breeders that fancied German breeds specifically, but wanted a smaller and lighter breed as compared to the large game hunting breeds of the time. The Boxer was bred to be a hard working dog, but not necessarily in hunting game, and served a variety of roles that still required a lot of physical activity. The Boxer was bred to replace the larger Bullenbeisser breed that was no longer in demand, as large game hunting in Germany had begun to decline while dog owners still wanted a breed that would be hard workers. The Boxer gets it name from the manner in which the breed appears to spar with its front paws up when playing or defending itself. The Boxer is very muscular with a tight fitting coat, and is able to move quickly and gracefully but also with a powerful amount of forward thrust.

Get Your Boxer the Right Food

While the Boxer was not bred as much to be a hunting dog as compared to other German breeds, it still performed its duties mostly outdoors where there would not have been as much attention given to providing with a rich or refined diet. The Boxer is known today as one of the most desirable breeds overall, and has served in a number of service roles such as a guard dog, police dog, watchdog, and even a guide dog for the blind. In the 1950's, a Boxer named Bang Away became a national celebrity when it won at the Westminster show. The Boxer is actually considered to be one of the top 10 most popular breeds in the United States today. As a popular breed today, the Boxer is also known for an active lifestyle that often may benefit from a high level of obedience and protection. As the Boxer does not typically work consistently outdoors as opposed to the earlier dogs of this breed, it would most likely not see searching for food as a necessity, especially when it is readily available from its owner. While still an active dog breed, the dietary needs of the Boxer today would most likely not require the same amount of food as it did previously, as this level of activity would most likely not be as great when compared to earlier Boxers.

The Best Dog Food for an Overweight Boxer

Spot & Tango is dedicated to supplying your Boxer the highest quality dog food to promote a healthy weight. Spot & Tango uses just locally sourced USDA approved beef, lamb and turkey in their dog foods. By using only locally sourced meats Spot & Tango ensures that their meats are antibiotic, preservative and hormone free. The premium meats included in Spot & Tango's dog food are abundant in the proteins that help relieve pain related to the muscle stress triggered by extreme weight. Feeding your overweight Boxer Spot & Tango dog food, which contains gluten-free quinoa, millet, and brown rice, can help to enhance their energy and support their gastrointestinal system, supporting their weight management. Spot & Tango's dishes include leafy greens and fruits that are known to assist in minimizing pain and strengthening the heart of an overweight Boxer.

Get Your Boxer the Right Food

Spot ang Tango have made it their mission to provide dogs everywhere the the right food for comprehensive canine nutrition. Our meals are made with only fresh, whole ingredients and are fit for even human consumption, because man’s best friend deserves the best. We avoid the use of cheap and unnecessary fillers like sugar, which can cause unexpected weight gain. Every dog has their own unique needs, and we can help discern those needs with our proprietary questionnaire in order to develop a suggested meal plan for your overweight Boxer based on age, breed, and other factors. Our meals have been engineered from the ground up with the help of medical experts in order to create overweight Boxer dog food that promotes better overall health by including vitamin C, fiber, calcium, and the protein dogs crave, among other vitamins and nutrients. We here at Spot and Tango are a family, and so we know that your Boxer is part of your family. As such, we want to help you provide the dog food your Boxer deserves.