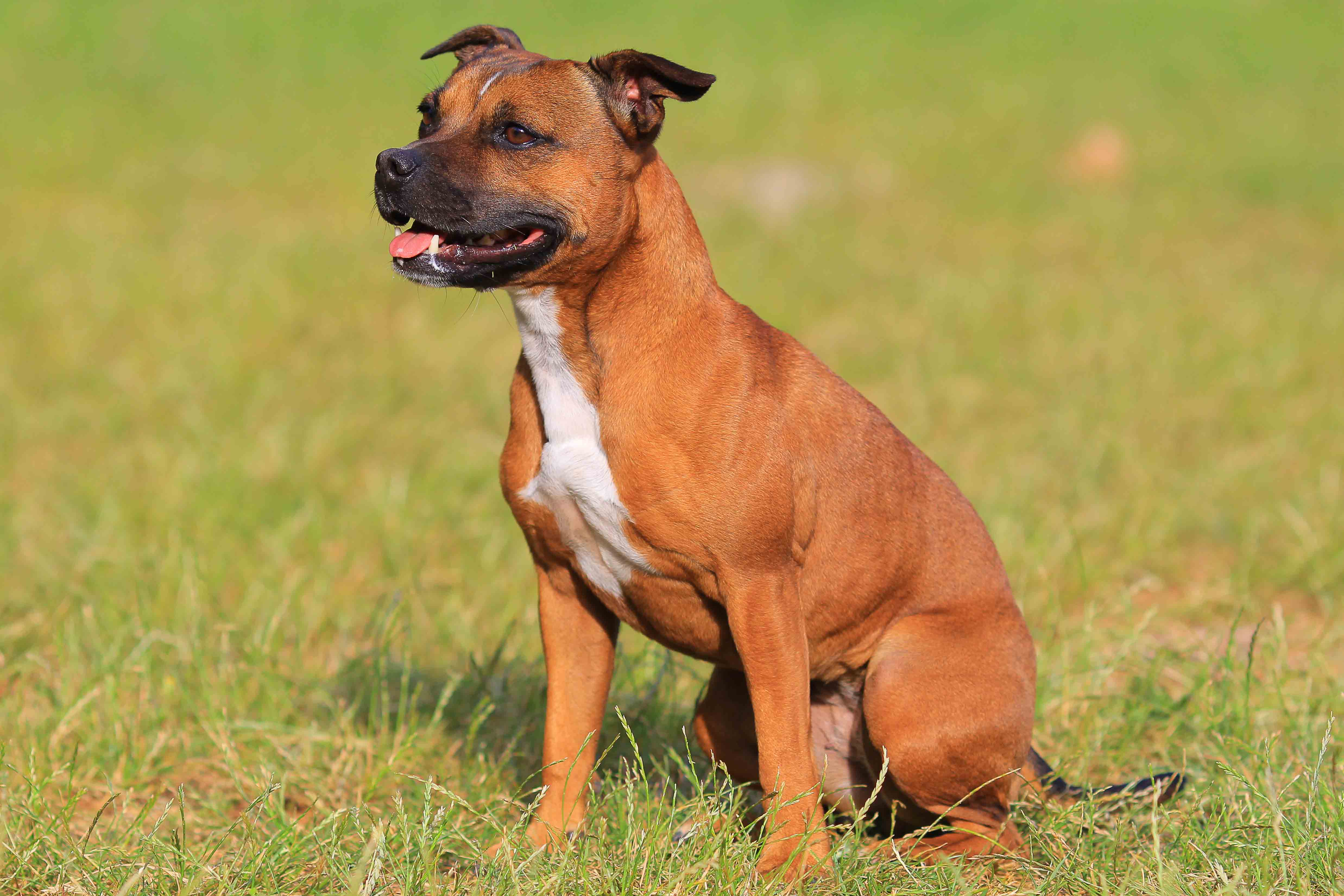 The Staffordshire Bull Terrier, also known as the Staffie, is a dog breed that originated in Staffordshire, England, as well as parts of Birmingham. The breed was originally developed as a mix of the Bulldog, also native to England, and the Black and Tan Terrier. The breed has since been further refined, but its connection to the Bulldog remains apparent. The breed’s initial role for which it was developed was dog fighting, as well as pest control. Its body is well developed for these physically demanding tasks. Much like the Bulldog, the Staffie is known for broad shoulders and a wide head, but its body narrows toward the hips. It’s a bulky and strong breed. The appetite of the Staffie is voracious, making it a prime target for obesity. An overweight Staffie needs to eat a dog feed that’s free of filler ingredients like carb heavy potatoes and sugar than can result in weight gain and make it hard to get back in shape. Luckily, the Staffie is surprisingly energetic, so daily exercise will go a long way toward maintaining a healthy weight. Its physique served it well as a fighter, but with the outlawing of dog fighting in UK, the Staffie shifted roles. Nowadays, the Staffie has taken up the role of family pet and occasional guarding. I na guarding capacity, it makes use of the strong physique it was developed for, as well as a tenacity of spirit and unwillingness to back down from a fight when confronted. As a pet, it gets to show its gentle side.

The History of Staffordshire Bull Terriers and Obesity

Get Your Staffordshire Bull Terrier the Right Food

The Best Dog Food for an Overweight Staffordshire Bull Terrier

Get Your Staffordshire Bull Terrier the Right Food