Choosing the Best Dog Food for an Overweight Brussels Griffon 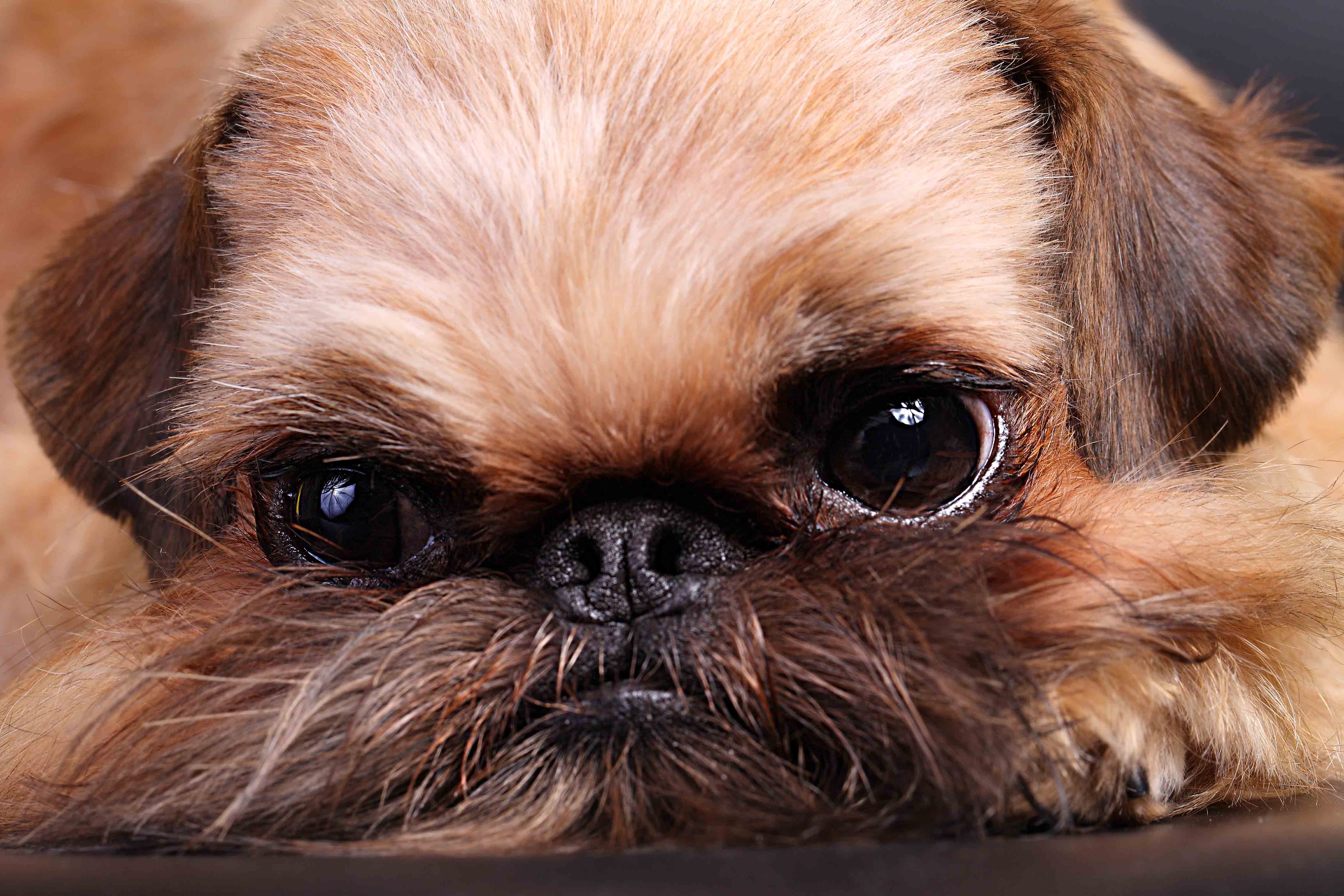 No longer kept in stables to eliminate rodents, the Brussels Griffon requires properly portioned dog food to maintain a healthy weight. Because the Brussels Griffon is generally less active today than their ancestors, this toy breed is susceptible to weight gain unless caloric intake and activity is monitored.

The History of Brussels Griffons and Obesity

Once a favorite of both farmers and gentry, this toy breed managed to survive in the chill and damp climate predominant in Belgium. The Brussels Griffon came into favor in the 19th century with the gentry when Queen Henriette became a booster and breeder of this prized breed. While a showpiece for the gentry, the Brussels Griffon was coveted by farmers for their ability to rid barns and stables of disease infested vermin. The ravages of WWl and WWll left the Brussels Griffon population nearly devastated. In the early 1950s breeders became very strict in resurrecting the breed to ensure the faulty gene that eliminated the web toes was eliminated. This somewhat arrogant little breed is actually exceptionally affectionate and loyal to their owners.

Get Your Brussels Griffon the Right Food

The Best Dog Food for an Overweight Brussels Griffon

Spot & Tango is a family run and family operated service. When you purchase our dog food, we like to consider you a part of our extended family. As family, we desire the very best food for your Brussels Griffon so that they can have the very best opportunity at a long, healthy, and happy life. Many commercial dog foods are full of fillers and additives that are not especially helpful for a Brussels Griffon's diet. Sometimes, that poor quality can contribute to a Brussels Griffon being overweight. We utilize absolutely nothing but the very best ingredients: human grade food made up of pure meat, vegetables, and fruits. We promise that none of our food contains gluten, wheat, soy, or artificial flavors.

Get Your Brussels Griffon the Right Food

Finding the right kind of food for your overweight Brussels Griffon that they will also think tastes great has never been as easy as it is now. Spot & Tango provides you with personalized meal plans for your overweight Brussels Griffon that may help them lose any extra weight and maintain a healthy weight in the future. We compiled a group of experts like food scientists and veterinarians to formulate each of our homemade recipes to meet key vitamin and nutrient requirements. These recipes include natural ingredients like turkey, red quinoa, spinach, eggs, and apple, and we cook them in our USDA approved New York kitchen. This is done over low heat to preserve the nutrients in all of these foods. Each portion is vacuum sealed and flash frozen for freshness, and we’ll even deliver them right to your door. We use BPA-free plastic packaging and biodegradable boxes, because we love dogs and the planet. Visit our website today and take our simple quiz to receive a custom meal plan for your overweight Brussels Griffon.