Choosing the Best Dog Food for an Overweight Japanese Chin 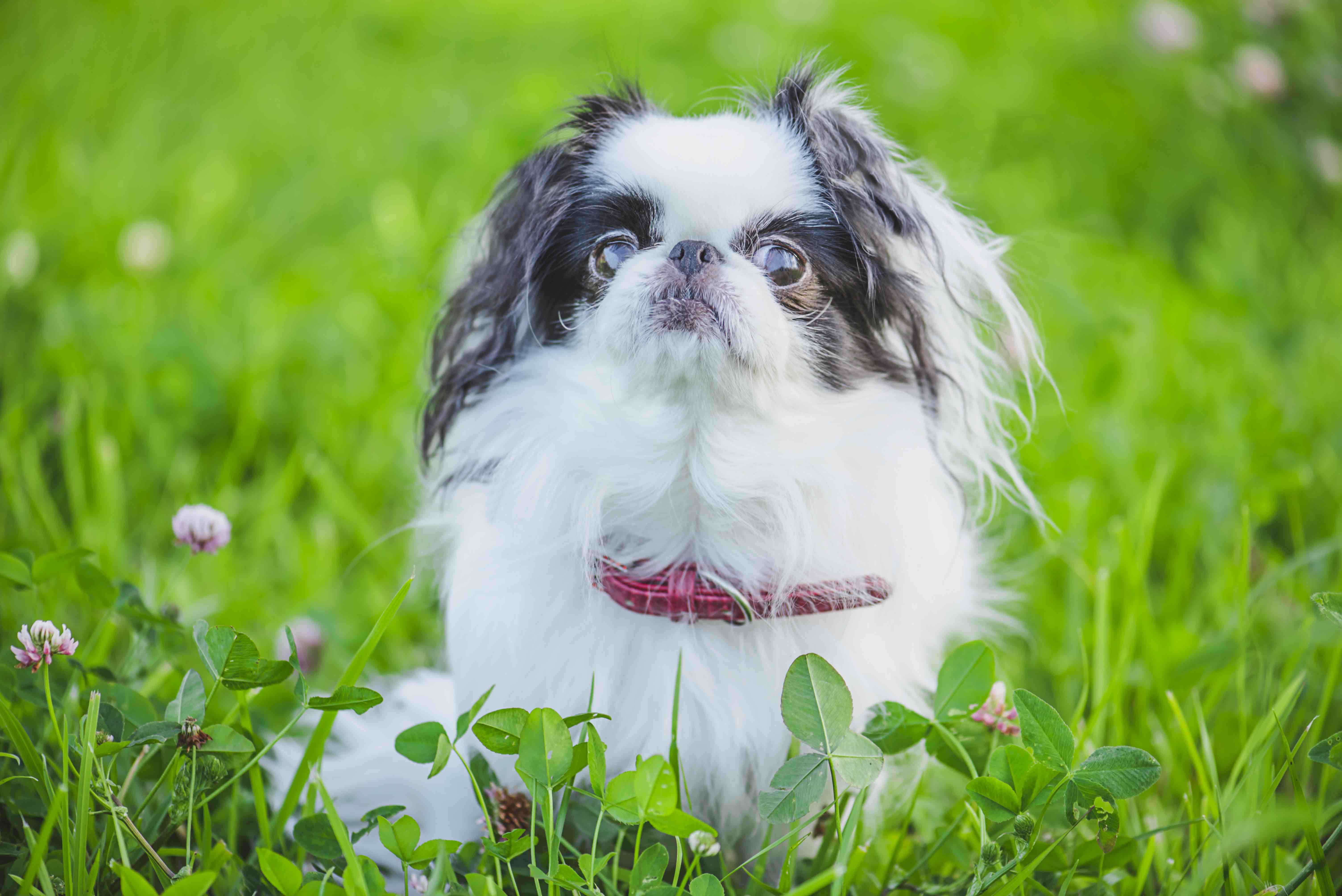 This diminutive Japanese breed may benefit from a dog food to maintain optimal weight and health. Given their reduced activity levels compared to their ancestors, the Japanese Chin risks becoming overweight if their food is not properly portioned.

The History of Japanese Chins and Obesity

Get Your Japanese Chin the Right Food

Historically the Japanese Chin was most likely fed a high fat diet of table scraps. Because the Japanese Chin was bred to entertainer the nobility, they can often be seen doing something akin to a dance and even releasing a high pitched whistling bark. The toy breed may benefit from a high quality diet without any corn given their extreme allergies. The Japanese Chin needs to be socialized and trained at an early age in order to achieve a well balanced disposition throughout their lives. This elegant and aristocratic toy breed is said to be the most clever of all Chin breeds registered in Japan. No doubt hugely pampered by their owners, the Japanese Chin has historically never been level to their own devices to forage for food. No doubt today's Japanese Chin has a somewhat reduced activity level compared to their ancestors and as a result requires smaller quantities of food to maintain optimal weight and health.

The Best Dog Food for an Overweight Japanese Chin

It is very important that a Japanese Chin is provided the appropriate amount of food for each meal. Spot and Tango's dog food for obese Japanese Chins does simply that. The vets and animal nutritionists at Spot and Tango work together to create the right balance of nutrients your Japanese Chin needs so they do not eat way too much and end up being obese.

Get Your Japanese Chin the Right Food

Spot ang Tango have made it their mission to provide dogs everywhere the the right food for comprehensive canine nutrition. Our meals are made with only fresh, whole ingredients and are fit for even human consumption, because man’s best friend deserves the best. We avoid the use of cheap and unnecessary filler like sugar, which can cause unexpected weight gain. Every dog has their own unique needs, and we can help discern those needs with our proprietary questionnaire in order to develop a suggested meal plan for your overweight Japanese Chin based on age, breed, and other factors. Our meals have been engineered from the ground up with the help of medical experts in order to create overweight Japanese Chin dog food that promotes better overall health by including vitamin C, fiber, calcium, and the protein dogs crave, among other vitamins and nutrients. We here at Spot and Tango are a family, and so we know that your Japanese Chin is part of your family. As such, we want to help you provide the dog food your Japanese Chin deserves.