Choosing the Best Dog Food for an Overweight Leonberger 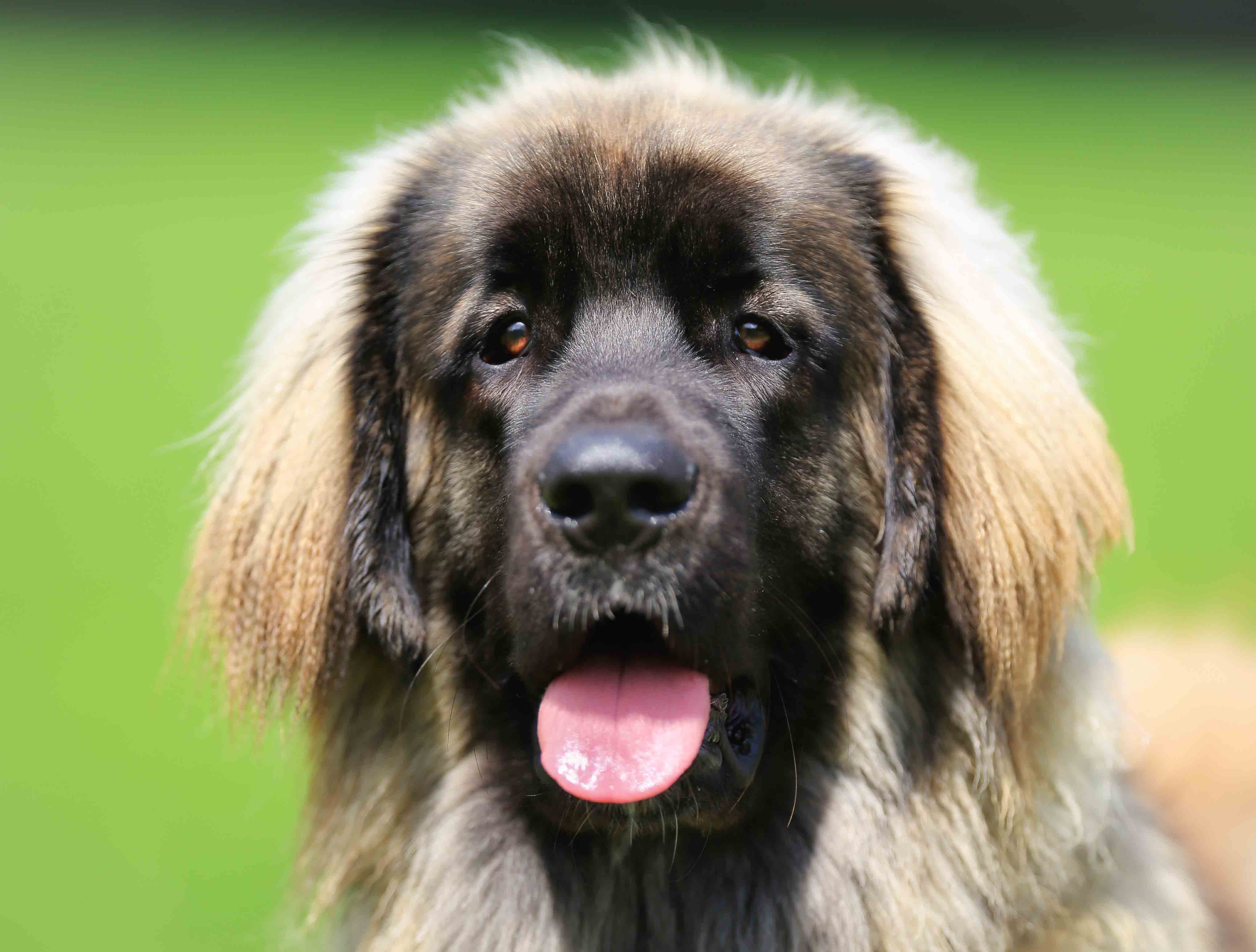 One need only look at the history of the Leonberger breed to understand your dog's caloric need. The Leonberger is a cross between the giant St Bernard, Great Pyrenees and Newfoundland breeds. These are dogs of the working class group. They evolved alongside humans on farms and traditionally got a lot of exercise tending sheep or pulling carts. They have a tendency to gain weight when they are not very active.

The History of Leonbergers and Obesity

The Leonberger was developed in the town of Leonberg, Germany. The breed was developed by the Mayor of Leonberg, Heinrich Essig, to resemble the lion on the town crest. These dogs were working dogs on farms or were pets of the wealthy elite and royal families of Europe. Essig was a dog breeder, who sold some of the first Leonbergers to royals such as Napoleon, Tsar Alexander and King Edward VII. Leonbergers love water. They were imported to Canada to become water rescue dogs. Despite their great size, Leonbergers are often quite laid back and mellow dogs. This makes them good house pets. Early in the Leonberger's history, they mostly ate scraps from their owners' tables. This gave them a varied diet with highly varied amounts of nutrition.

Get Your Leonberger the Right Food

Leonbergers live on average four years less than most other breeds. Choosing the right dog food can help them keep fit, so they can live a long and happy life.

The Best Dog Food for an Overweight Leonberger

Nowadays most Leonbergers are not working dogs. They are usually family pets who spend the majority of their day indoors. Leonbergers have a thick double coat. They require regular brushing but no hair cuts. It is one of the few breeds that have competition standards that state that all hair should be uncut, except to trim up around the toes. During World War 1 and 2, large Leonbergers were used to pull ammunition carts into battle. This was devastating to the breed's numbers. All Leonbergers today can trace their lineage back to just eight dogs who survived WW2. Due to its large size, Leonbergers have a shorter lifespan than most other dogs. They generally live 7-10 years. Leonbergers live a more sedentary lifestyle than they did in the 19th and 20th centuries. Now that they aren't working dogs, they don't need as many calories even though they still have the instinct to eat heavily. Now it is up to owners to make sure that their Leonberger doesn't overeat and become overweight. If your Leonberger does become overweight, you must take great care to watch their caloric intake. If they spend years of their life overweight, then their lifespan will be shortened. When this large breed is overweight, it can damage their ligaments and joints. Excess weight can lead to arthritic conditions. Arthritis causes pain and stiffness and swelling of the joints, making it hard for your dog to get around. When Leonbergers become overweight they may have more of a tendency to have urinary tract infections, kidney problems, and even blindness. Overweight Leonbergers often have heart problems. A heart attack is one of the leading causes of death for Leonbergers. Spot & Tango is dedicated to providing your overweight Leonberger with the highest quality food. They only use USDA-certified beef, turkey and lamb, which is locally sourced. Spot & Tango uses only meat that is antibiotic, preservative and hormone-free. Spot & Tango uses high-quality proteins that may help overweight dogs feel healthier. Our grains, like quinoa, millet and brown rice help dogs have a healthy immune system and good digestive health. Fruits and vegetables in Spot & Tango food are a good source of fiber and vitamins, which may help overweight Leonbergers with arthritis and connective tissue problems.

Get Your Leonberger the Right Food