Choosing the Best Dog Food for a Senior Rhodesian Ridgeback 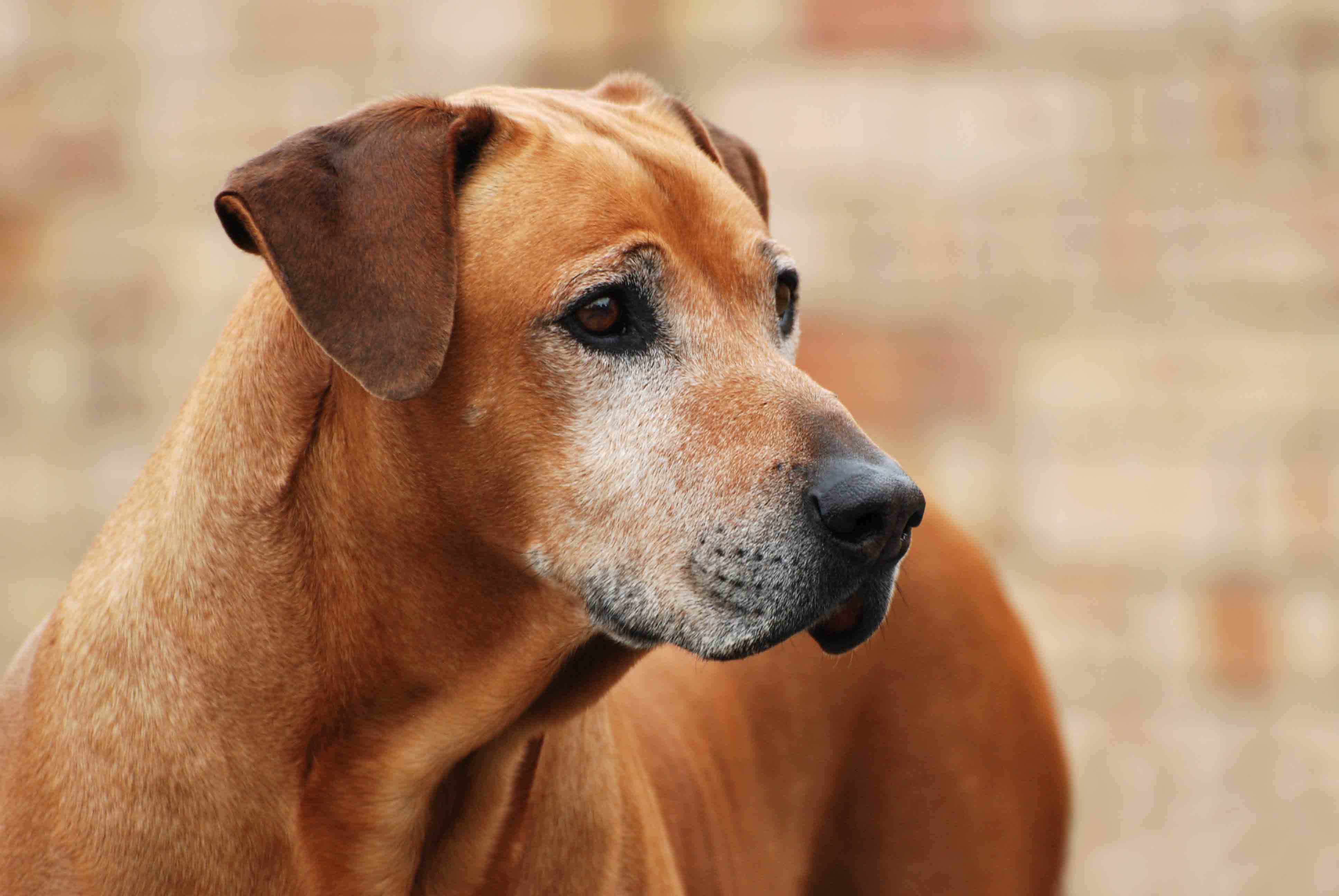 Rhodesian Ridgebacks, a large breed distinguished by a unique strip of hair running along its back, date back to the mid-17th century. The indigenous people of southern Africa, called Khoikhoi, owned a ferocious and muscular hunting dog. These courageous guard dogs were adept at protecting herds of cattle, people and homesteads from lions. Immigrants from Europe settled in this region, and brought along dogs from their homeland including Great Danes, Bloodhounds, Greyhounds and Terriers. Over time, the native dogs of the Khoikhoi people bred with dogs from the European colonies to form the Boer dog. The Boer dog, or African Lion Dog became the foundation for the Rhodesian Ridgebacks we know today. Boer dogs excelled at distracting lions as hunters took their shot and fighting off dangerous prey like baboons and wild pigs. Assisting hunters was hard work so early Rhodesian Ridgebacks most likely benefited from a high calorie diet, heavy in protein and fat. During this time, dogs of all ages subsided on small prey and table scraps. Little consideration was given to the unique needs of a dog, especially dog food for senior Rhodesian Ridgebacks.

As the 20th century approached, large game hunting began to lose popularity and the Boer dog was at the brink of extinction. Dog enthusiast, F. R. Barnes cherished this dog and created the first Ridgeback Club where a breed standard was developed and the name was officially changed to Rhodesian Ridgeback. In 1950, an American couple brought six Rhodesian Ridgebacks from Africa to the United States. Eventually Ridgebacks caught on as lovable pets, and became the 41st most popular breed in the United States. Today, more is known about the care and nutritional requirements of Rhodesian Ridgebacks than their predecessors. A diet of rodents and scraps is no longer considered adequate. Instead, quality food is available to support every stage of life including many options of dog food for senior Rhodesian Ridgebacks.

The Best Dog Food for a Senior Rhodesian Ridgeback

It’s our mission at Spot & Tango to provide fresh, all-natural and convenient meals that you can feel good about feeding your dog. As a family owned business, we understand the importance of nourishing your aging pet with nutrient-packed dog food for Senior Rhodesian Ridgebacks. Our recipes include a list of veterinarian-approved powerhouse ingredients including beef, lamb, turkey, eggs, spinach, carrots, blueberries, cranberries and safflower oil. These human-grade ingredients are safely cooked in small batches in order to preserve nutrients and flavor. Meals from Spot & Tango are great for picky eaters, palatable for senior Rhodesian Ridgebacks with weak teeth, and may boost immunity, strengthen muscles, alleviate arthritis, relieve allergies, balance pH and help protect the coat. We realize that it’s not always easy finding the right type of food for your dog. Because of this, we’ve created an online quiz to assist in creating a customized meal plan based on your Rhodesian Ridgeback’s weight, activity level and physical characteristics. In order to match the needs of your busy lifestyle, we deliver your personalized, ready-to-serve dog food straight to your home without any extra cost. It’s never been so easy to feed your dog quality food. Get started with Spot & Tango today.